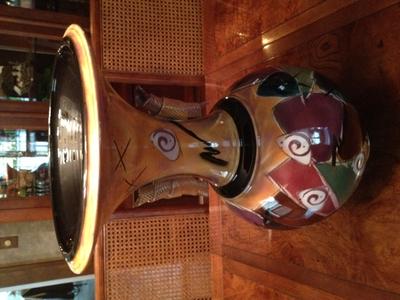 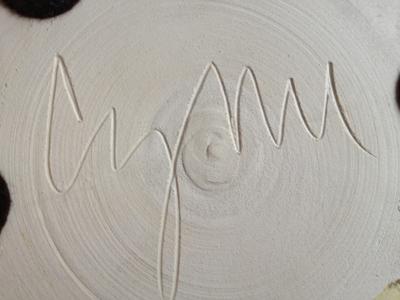 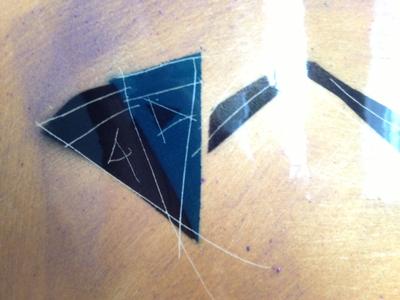 Close-up of markings (appear to be a

I purchased this from a consignment shop, and I only know that it was originally purchased in New York. I have been trying to identify the signature on the bottom, without success. I'm fairly certain that the photo I'm posting of the signature is right side up... but I could be wrong about that. The pottery has distinctive handles on the sides (which I've included in photos). It also has some very interesting markings that can be found in three locations on the piece... almost appears to be a "4" and an "A" that's etched into a geometric shape (included in a photo). Thanks to anyone who can give me some insight on this interesting piece.