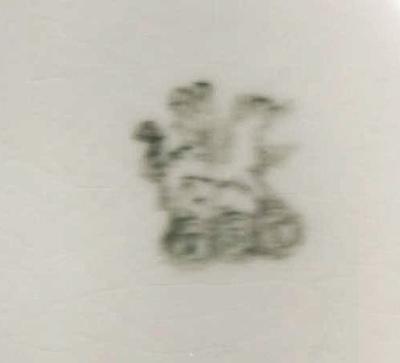 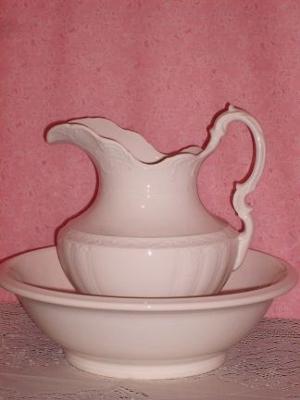 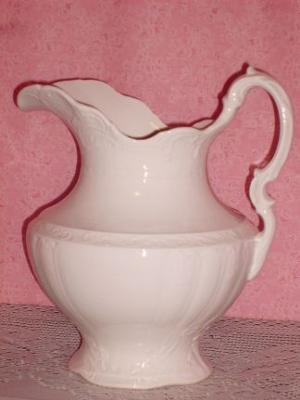 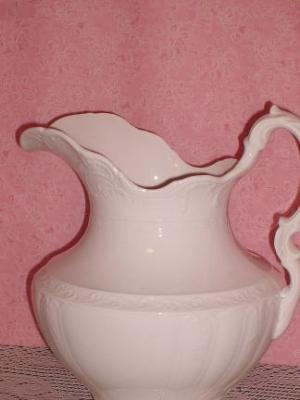 I have a Wash Pitcher and Bowl Set that was passed to me after my Mother died, and she had previously told me that it belonged to her Mother (My Grandmother), and that My Grandmother had it for many years. On the bottom of the Pitcher it is marked with a winged animal of some type, and the initials TST. The bottom of the bowl is marked Hall USA. As far as I know, according to my Mother, the Pitcher and Bowl had always been together as a set, so I'm assuming even though they have different markings, that they were sold together. Possibly some companies came together and sold items this way, long ago...I don't know. I've attached photos, so any help to identify the Maker, When Made, and What the Value might be, is greatly appreciated.